Surfshark is another VPN I recently heard about, and as someone living in China, I’m always looking for new and interesting VPN’s to try out. I previously had written a Lantern VPN review and a WannaFlix review (WannaFlix is my favorite VPN) and intend to review as many VPN’s as I can in the weeks ahead. So let’s get started: here’s my Surfshark VPN review first conducted in March 2020, with an emphasis on those who want to use it within China as that’s where I’m currently located and where I’m testing it.

The bottom line? Surfshark works for me in China, and I believe it to be a good and reputable VPN service. Read below for the details.

Getting started with Surfshark

On March 4 2020, I went to the Surfshark official website and signed up to a 1-month plan for $11.95 via PayPal. Surfshark offers a massive (83%) discount if you sign up to their 24-month plan right away, which will cost you only $47.76 ($1.99/month). However, you may still want to try the 1-month plan first if you have no idea if it’ll work well for you. Here’s what the pricing on their website looks like at the time of writing:

Surfshark uses cleverbridge to process payments. Here’s the confirmation I got from them, along with the email from Surfshark confirming payment was received: 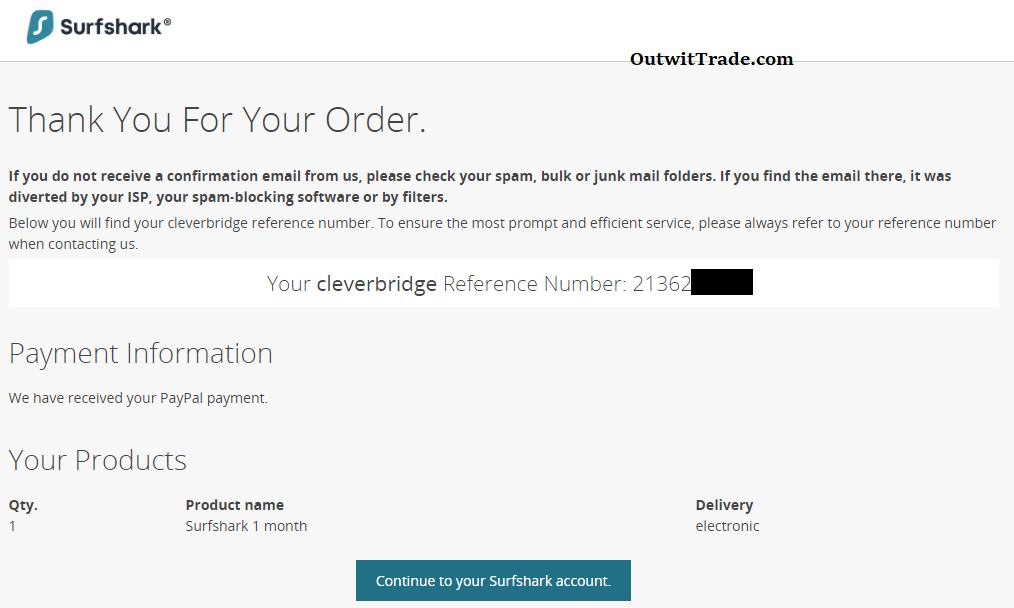 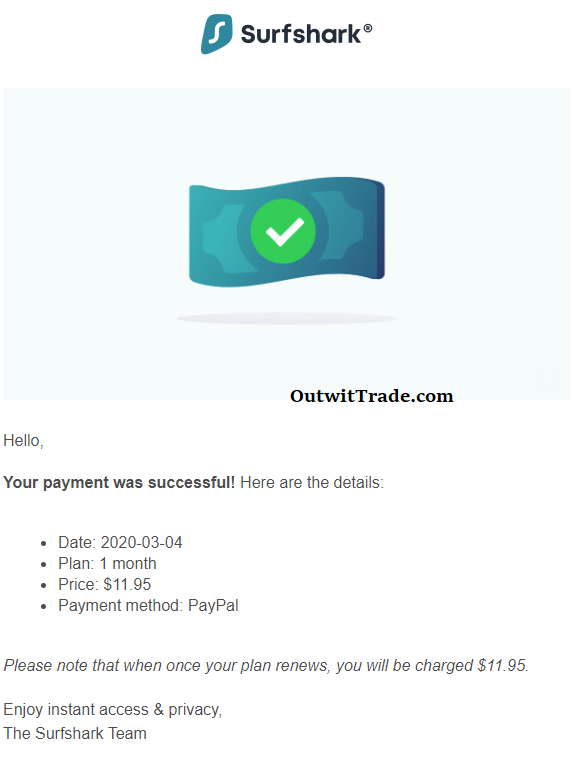 Then, you’re ready to get started. Surfshark will then send you an email with download links to the app/software for you to use depending on what you’re using. Here’s what Surfshark’s compatible with (basically everything):

As I’m testing this on my Windows machine, I downloaded the Windows software (around 17MB). Once you’ve downloaded it, double click it and you’ll be prompted to create an account or login: 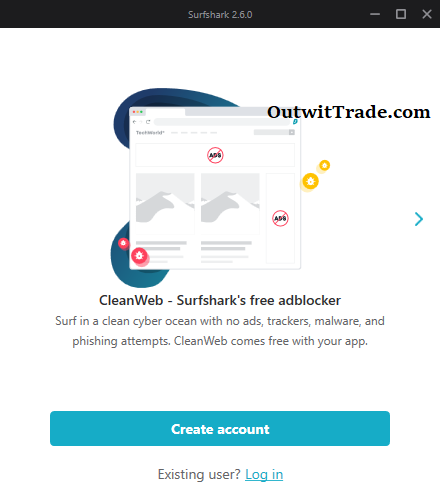 Connecting to Surfshark servers [in China]

Below I’ve outlined the process for connecting to Surfshark’s VPN while in China. If you’re outside of China, the below will not be too relevant to you — you should be able to connect to any, or almost any, of their servers without any issues. I only had some temporary issues as outlined below because of the Chinese firewall.

Once you have Surfshark’s software open, you can login with the account you created when paying, and then it’s very self-explanatory how to connect with the Windows software. Here’s a screenshot of the main screen: 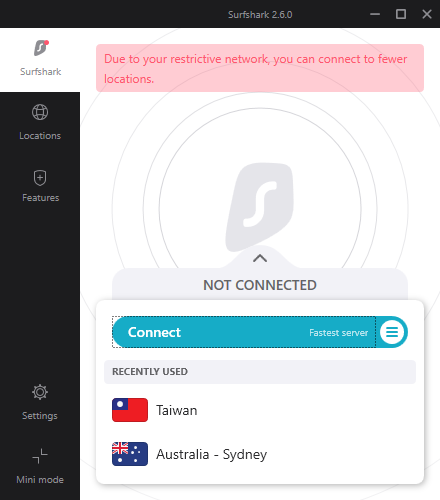 Note the message in red (“Due to your restrictive network, you can connect to fewer locations”). By “restrictive network”, it of course means the Chinese internet. Using the default settings, I tried to connect to the “Fastest server” (clicking the blue Connect button), but was unable to ever successfully connect – it would just stay like this forever: 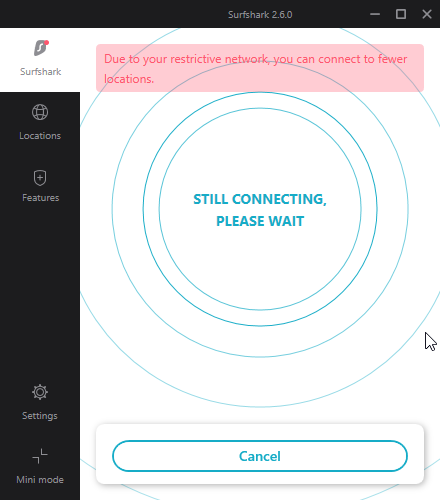 That was also the case with all other servers I tried. While Surfshark has servers all over the world in a large number of different countries, it wasn’t any good to me here as I was unable to connect to a single one (though I didn’t try all of them, I definitely tried a lot of them). Trying to solve the problem, I checked what kind of options I could change. In the “Advanced” section of the Windows software you can change the Protocol (the default is Automatic which apparently selects the best one for you, but there’s also IKEv2, OpenVPN and ShadowSocks), so I tried changing the Protocol to each of the different options and trying to connect to different servers again. None of them worked — I just got a completely generic error message(s), even after changing the Protocol back to Automatic: 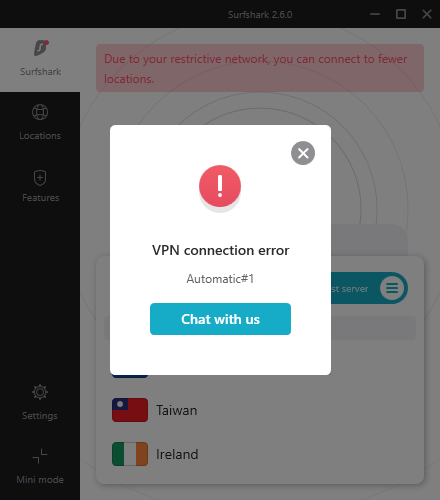 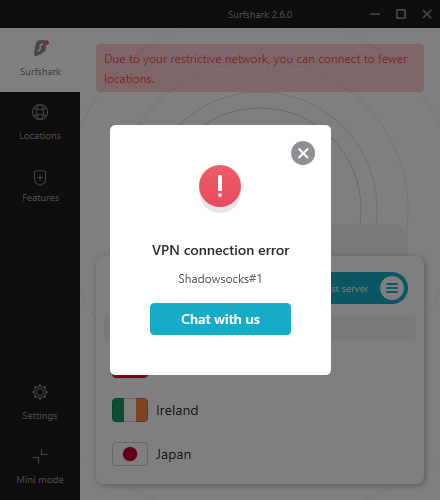 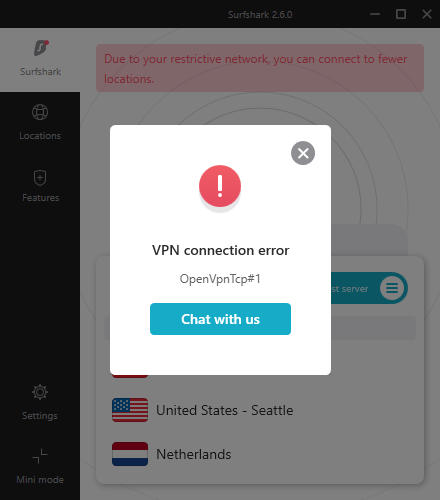 I asked Surfshark support about this, and this was their response a few hours later: 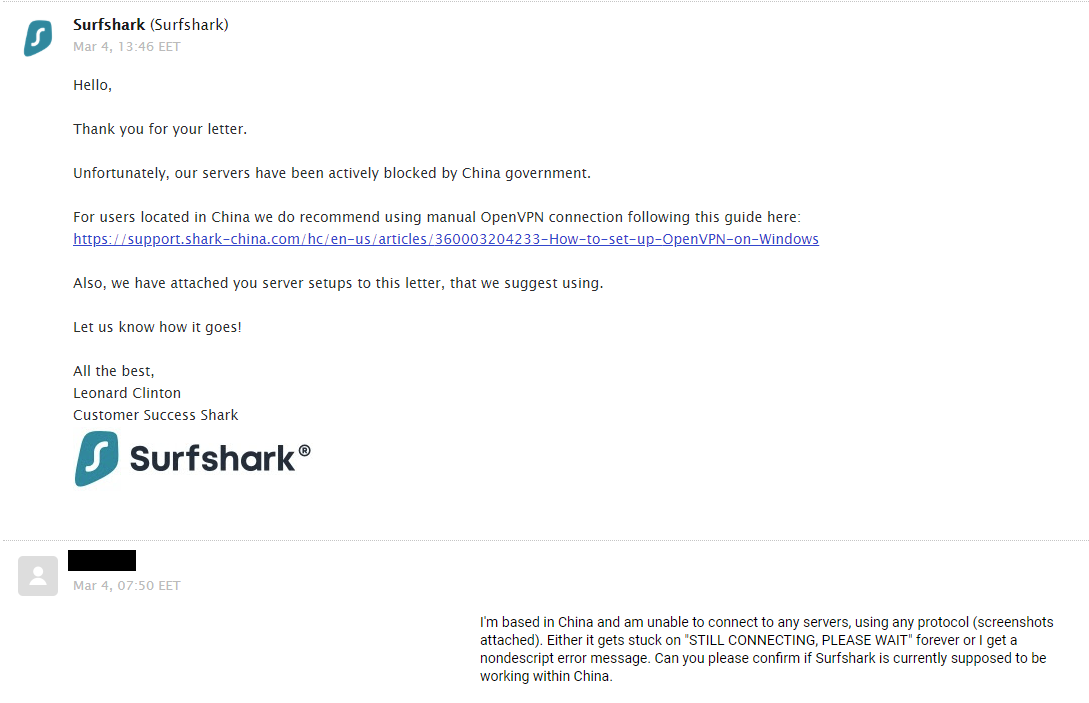 So getting Surfshark to work in China requires downloading something other than the default Surfshark software (OpenVPN). Here’s the article the support representative linked to:

Having used WannaFlix (my favorite VPN by far), I’m familiar with OpenVPN and was eager to see if Surfshark’s OpenVPN servers would work. If you’re interested, here are their OpenVPN servers they claimed will work in China (“we have attached you server setups to this letter, that we suggest using”):

Here’s me connecting to Surfshark’s Bulgaria server via OpenVPN: 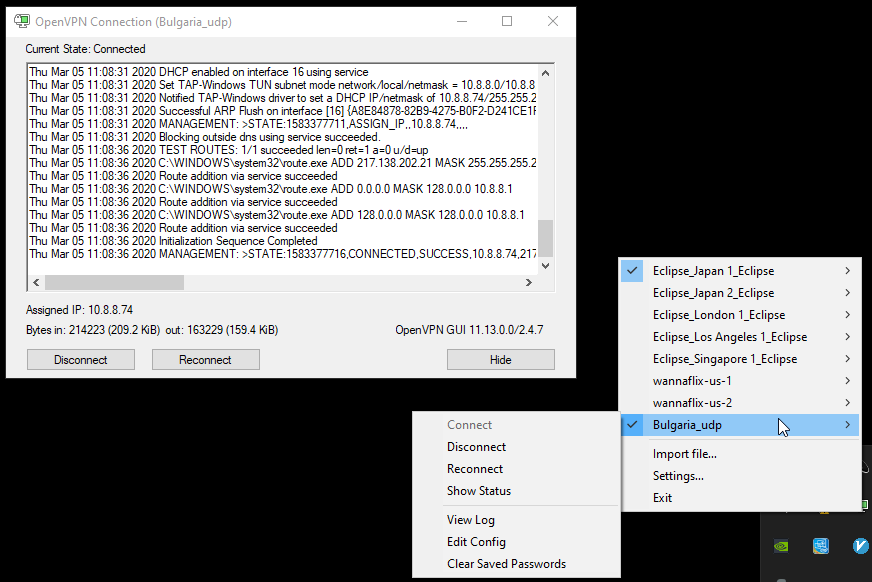 And success! I was able to access google.com, reddit.com or any other website normally blocked by the Chinese firewall. I also tried their Kazakhstan, London and Turkey servers, and was able to connect to these too: 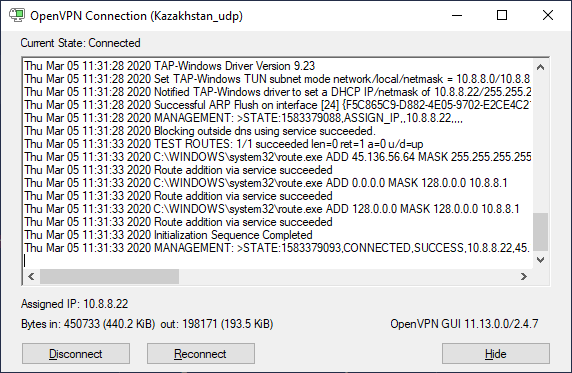 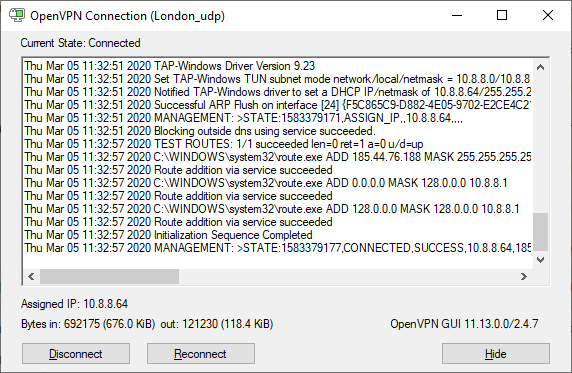 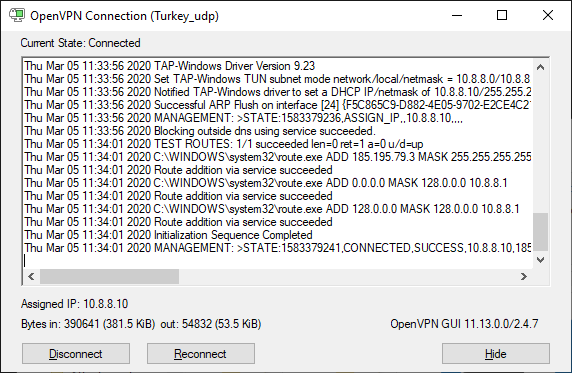 I will continue using Surfshark over the coming days and weeks to do a real report on its speed and reliability, but so far, it seems to work perfectly fine, with similar speeds to what I get with WannaFlix when using their OpenVPN servers.

Using Surfshark’s Bulgaria server in China (my internet connection in China with China Mobile (中国移动) is for 200-Mbps), here’s my result on speedtest.net:

That’s certainly nothing blazingly fast (using a VPN will always get you slower speeds than your plain internet connection), but perfectly good for streaming YouTube and doing everything else I need to do. I care far more about reliability than speed. What matters to me, and what will probably matter most to you as well if you’re using a VPN in China, is that the connection stays up and doesn’t time out every 5 minutes as that’s extremely frustrating. I’ll be continuing to test Surfshark to see how it’s reliability fares up.

Can I recommend Surfshark?

Based on my Surfshark experience so far with the entire process of signing up, downloading the software, configuring it, contacting their support and using their servers to browse the internet, I definitely like this VPN so far — it’s working great for me as I type this right now in China and watch YouTube on my second screen. For now, I can say it’s probably worth signing up to if you’re looking for a reliable VPN in China or anywhere else.

If you’re a Surfshark customer and have any feedback on it, please comment below. I’d be interested to hear about your experience with it.

Surfshark vs Wannaflix vs Lantern

Beyond Surfshark, I’ve also reviewed Wannaflix and Lantern. While Surfshark is a good VPN in my view as explained above, I still prefer Wannaflix for their outstanding support, dedication to providing a great service, numerous servers and fast speeds. Lantern is also worth signing up to because it’s by far the cheapest of the 3.