Click here to go to the latest version of the Allavsoft website (2021) – and if purchasing, use the discount code OUTWITTRADE for a further 10% off.

Allavsoft is a tool for downloading, converting and merging videos. In this article, I’ll test out the software and write up a review on whether I like it or not. For the purpose of this review (and for my own personal use), I brought a 1-month license to Allavsoft, and have used the software extensively (downloading and converting all kinds of videos, some several hours long) since then:

Read on or click here to jump straight to my verdict on whether I recommend Allavsoft.

How to use Allavsoft

Go to allavsoft.com (don’t download from anywhere else) and click the big green button. The software is around 36MB in size (latest version) and should install fairly quickly. Upon opening it for the first time, it will look something like this: 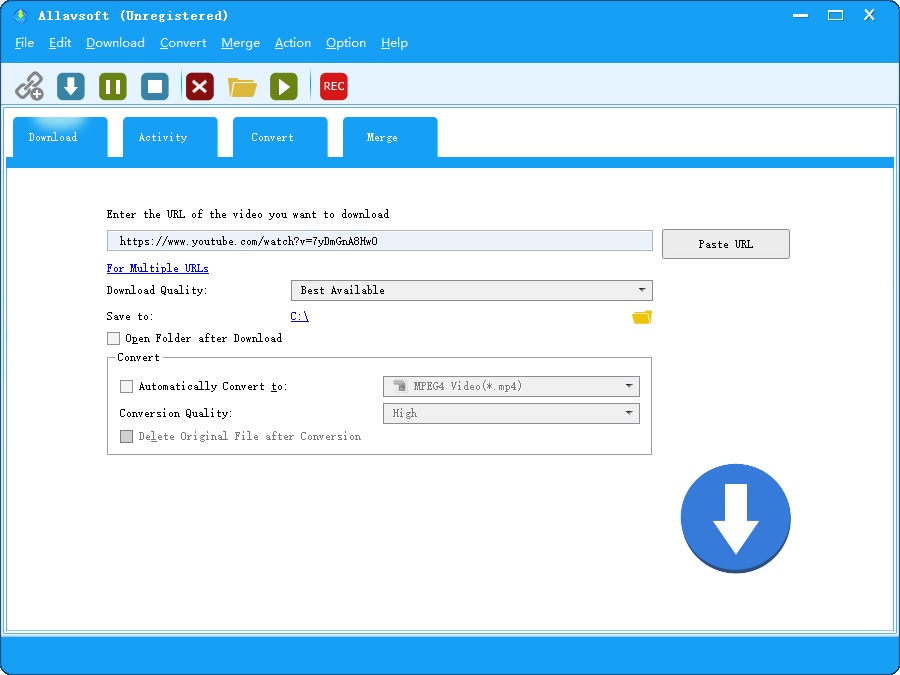 Allavsoft’s GUI is alright, if a little goofy, but the font they use for all the text is terrible. On my machine at least, it was generally hard to read and gave me a fairly negative first impression. But the font/GUI is just a minor complaint: what matters, of course, is if Allavsoft does what it advertises.

Let’s take a look at each of Allavsoft’s 3 main features:

Downloading videos: Enter the URL of the video you want to download, choose a download quality (“Best Available”, “Normal” or “Worst Quality”) and the place you want the video to save to. Then click the big white down arrow in the blue circle to start the download.

Once you’ve started a video download, you can then check the progress of it in the “Activity” tab: 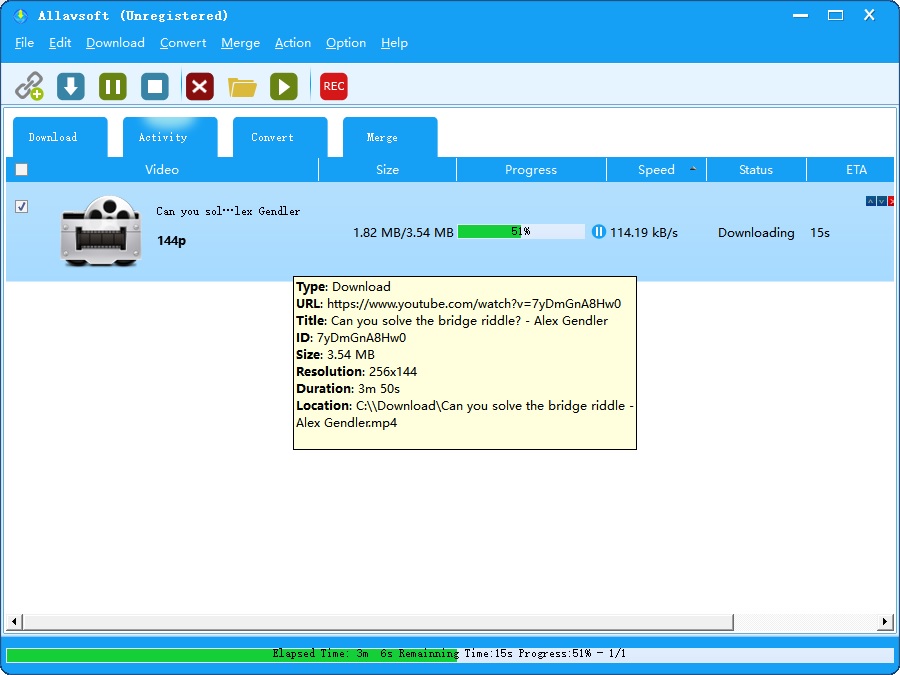 This worked just fine for me, testing on YouTube. Note that once Allavsoft downloads a video to a location you choose, it will create a folder called “Download” and save it there (for example, in the screenshot above, C:\\Download, even though for the purpose of this test I chose to save the video in C:\\).

In the Download folder Allavsoft creates, it not only saves the downloaded video, but .vtt files (I believe these are subtitle files) for a ton of different languages. For example, here’s what my Download folder looked like after trying to download a video:

I don’t know why Allavsoft does this automatically as most people wouldn’t need all this. There isn’t even an option to turn off downloading of all these subtitle files when choosing to download a video. But in any case, Allavsoft performed well here — it downloaded the video I wanted from YouTube without any issues.

Converting videos: Allavsoft can convert videos to a wide range of formats. Here’s an example of its convert screen: 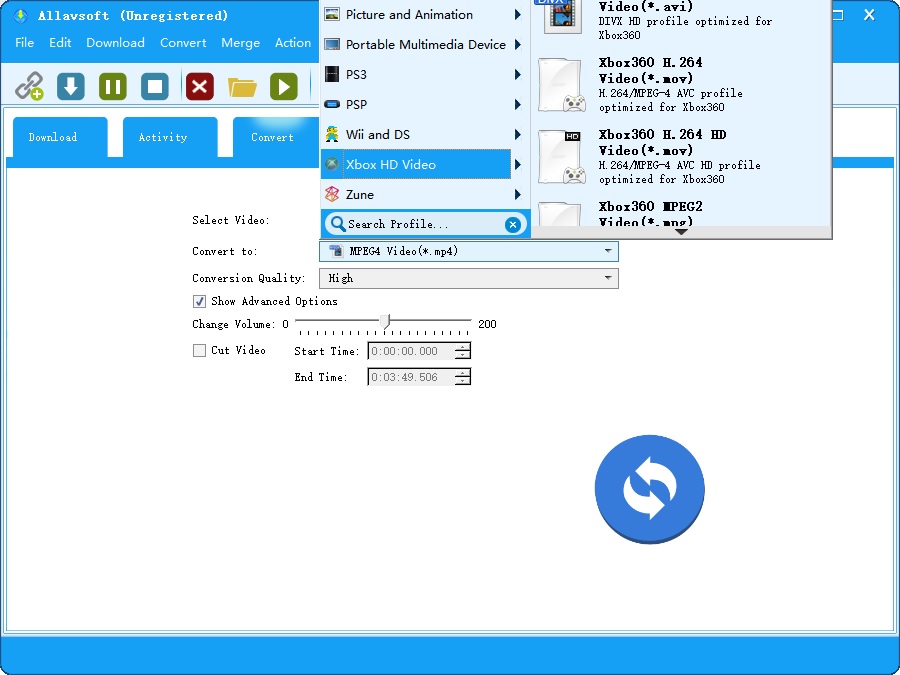 In my testing of this, it works perfectly. Converting videos to as many different formats as Allavsoft offers is not a trivial feature, and many other paid pieces of software focus almost purely on this (see for example WinX HD Video Converter Deluxe).

Merging videos: Allows you to add F4F files and merge them together to make a video: 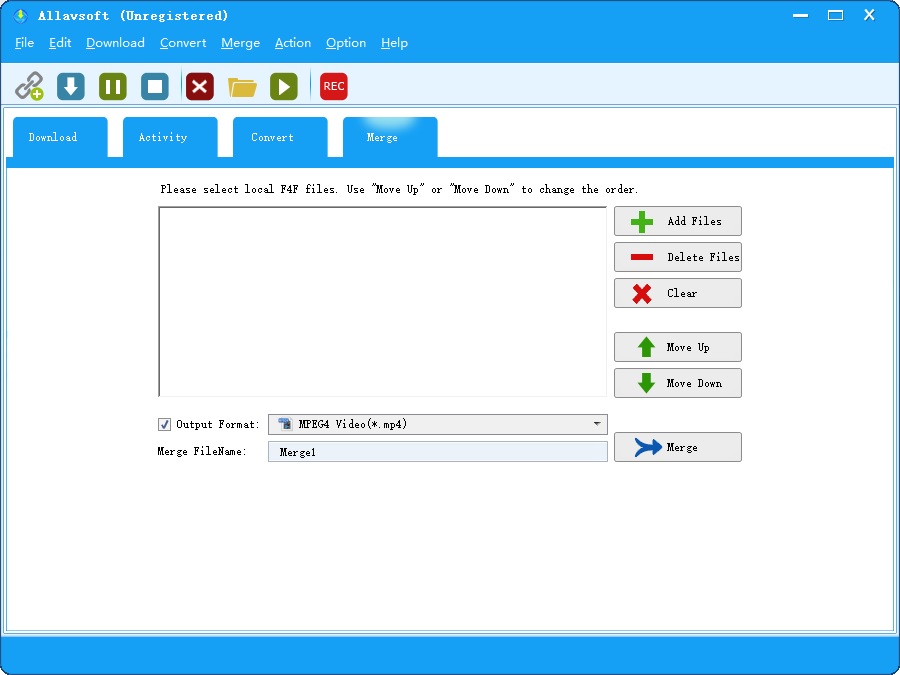 This is probably not a feature that most people need.

Does Allavsoft work on Mac?

Yes, Allavsoft has a version for Mac here.

Is Allavsoft a virus? Is it safe?

Allavsoft is definitely not a virus, and it’s perfectly safe. It’s merely a tool to download, convert and merge videos and doesn’t make any changes that could mess up your machine.

What discounts and coupons are available for Allavsoft?

Purchase Allavsoft through this link and enter the discount code OUTWITTRADE to get 10% off:

Is there a crack or torrent for Allavsoft?

What sites does Allavsoft work for?

Allavsoft works for a ton of different sites. If there’s a big site you want to use it for, chances are Allavsoft can do it. It works on YouTube (of course) along with a plethora of other sites:

The free version of Allavsoft only lets you download 5 videos, and it will ask you to upgrade every time you try to download a video: 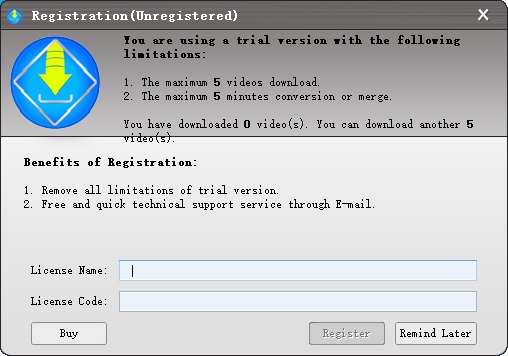 The free version is enough to test the software, but if you’re using Allavsoft regularly, you’ll of course need to get the professional version.

Do I recommend Allavsoft?