In July 2020 Lemonade rolled out their pet insurance, a very niche type of insurance given that only around 2% of pet owners currently have pet insurance (source). Here I’ll answer the main questions people have had about Lemonade’s pet insurance and advise whether I believe it’s worth buying.

What pets are eligible for Lemonade pet insurance?

Cats and dogs (no other animals) that are at least 8 weeks old are eligible. No exceptions.

How do you go about getting a quote and signing up to Lemonade pet insurance?

Go to this page. The entire process should not take longer than 5 minutes – below is a walkthrough to give you an idea:

Picking whether you have a cat or dog 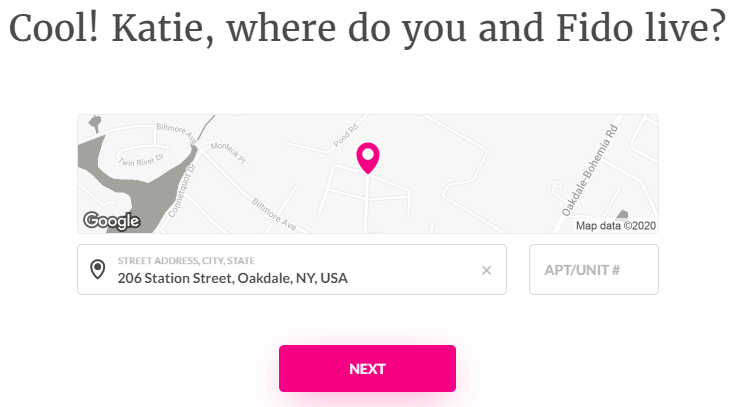 Age, breed and gender of your pet 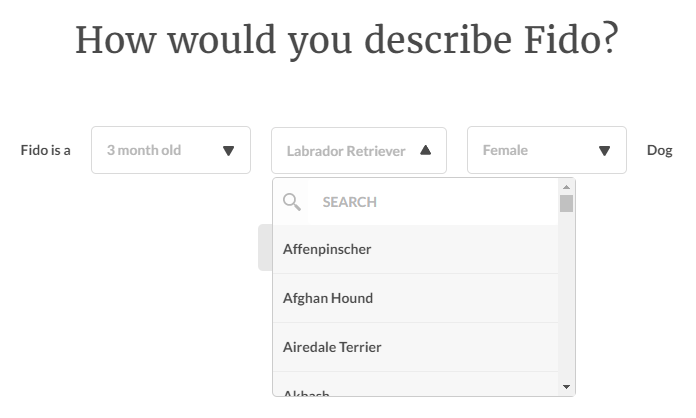 Enter medical issues, if any 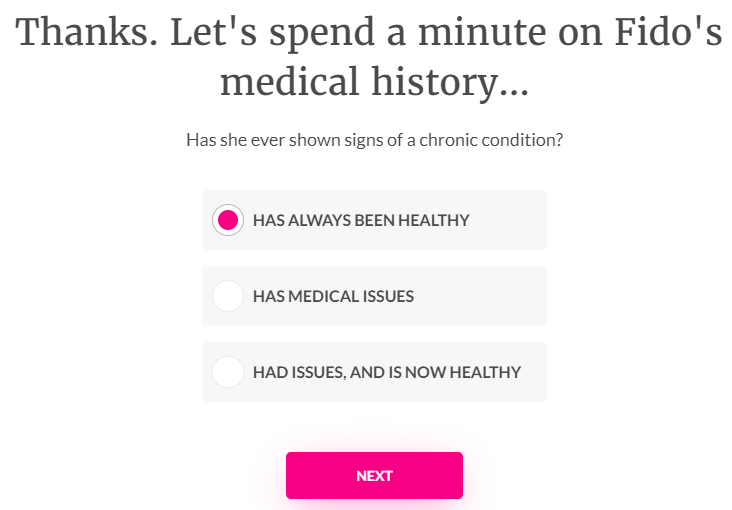 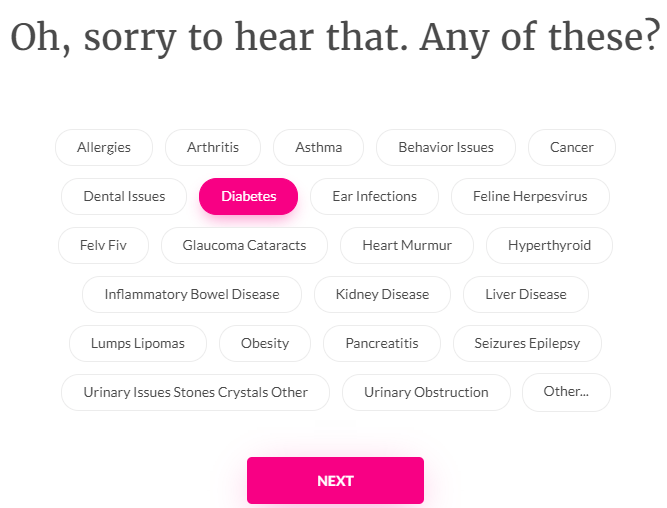 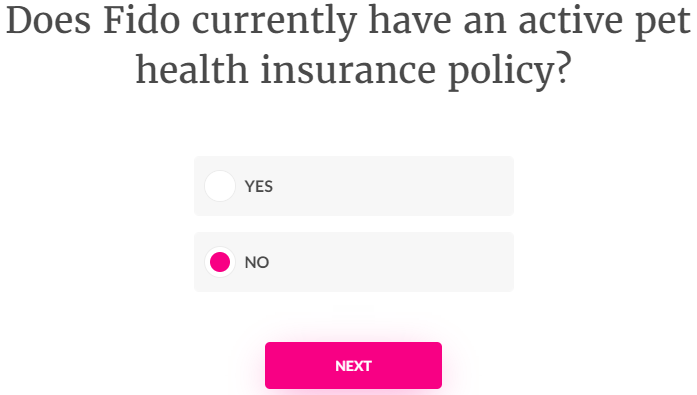 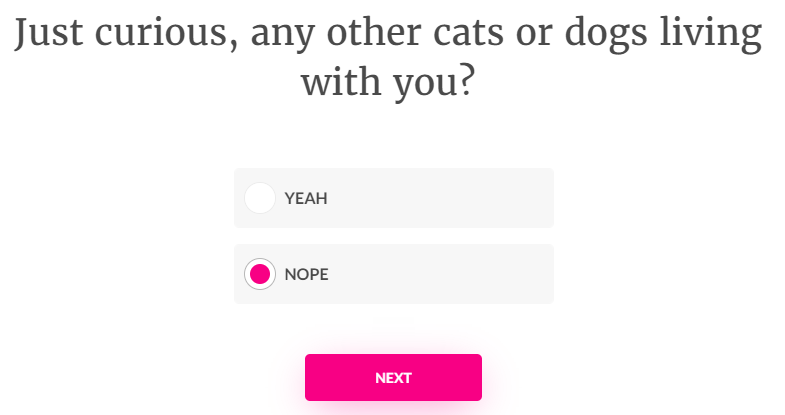 Enter your email and DOB 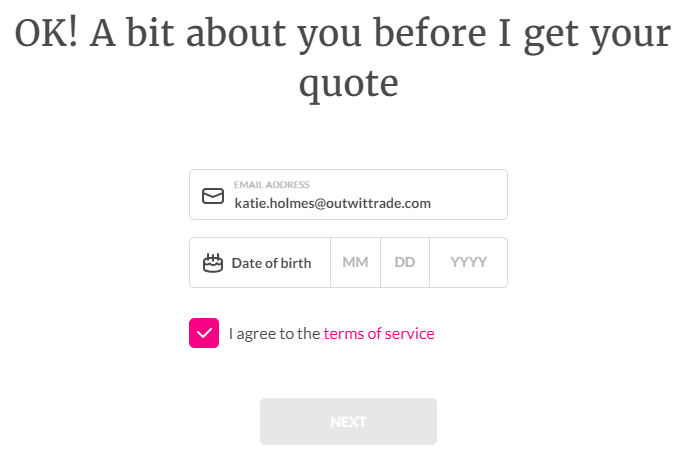 That’s a very nice and simple process for signing up and getting a quote.

What is the typical cost of Lemonade pet insurance? Is it good value?

Lemonade’s pet insurance starts at $12/month (you get a 10% discount if you’re an existing customer). However, you’ll probably pay significantly more than that. Pricing will vary wildly depending on the following:

I spent an hour or two seeing how the quotes Lemonade gives are different depending on how you change these. Here are some examples: 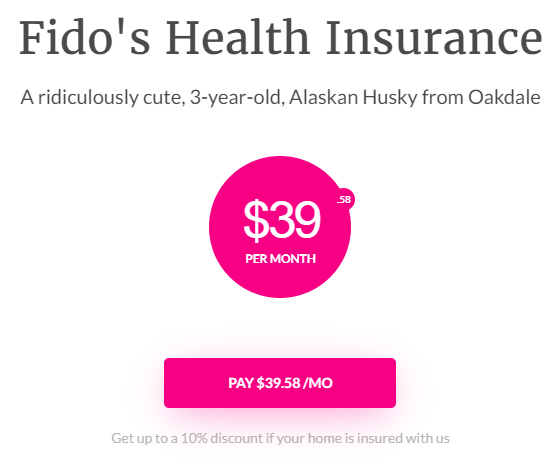 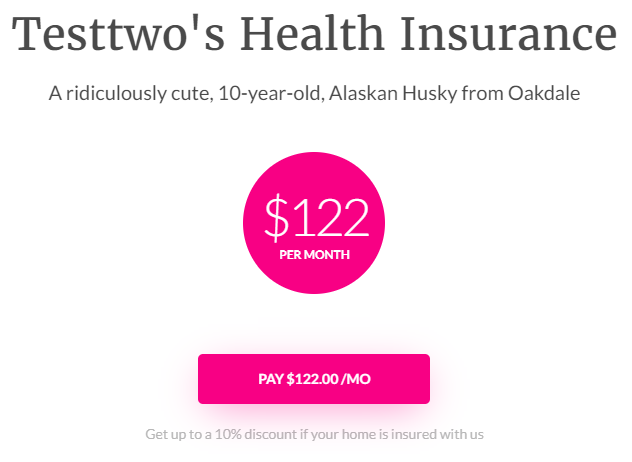 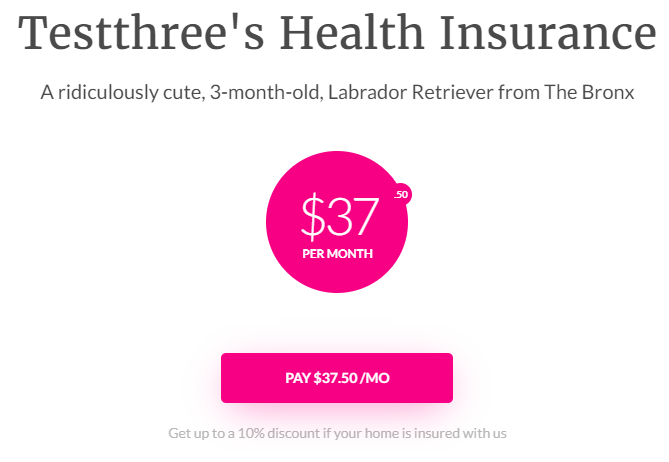 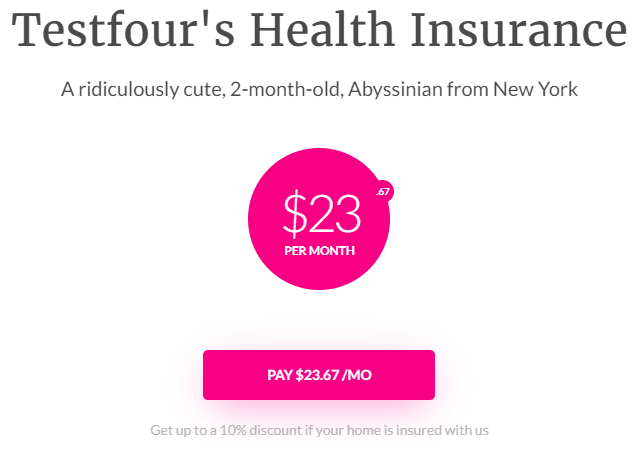 Age definitely seems to be the main cost factor. In the example above, you can see insurance for a hypothetical 10-year-old dog is a whopping $122/month, 10x higher than what Lemonade advertises as their starting price. In my testing, the state you live in, whether your pet is a cat or dog, breed and gender just by themselves didn’t move the price too much.

To answer the question of whether Lemonade pet insurance is good value, the answer appears to be a resounding yes. In comparing their quotes to other pet insurers, Lemonade’s quotes were often significantly lower than other companies in a lot of cases. You are welcome to (and should) get quotes from Lemonade alternatives. There’s a good chance you’ll find Lemonade is the cheapest for your pet.

What states is Lemonade pet insurance available in?

According to Finder, Lemonade pet insurance is currently available in 33 US states:

Lemonade just started offering this insurance in July of 2020, so it’s a bit early to see how well this particular product has been received so far. However, Lemonade itself has been around for years and is very well regarded, so we can reasonably assume that you’ll get what’s advertised with their pet insurance.

If you’ve used Lemonade’s pet insurance and especially if you’ve had to make a claim, please let us know what you think of it. We’ll be publishing user reviews at the bottom of this article as they come in.

What’s covered and what’s not?

First off, you have to know what Lemonade doesn’t cover:

But everything else that’s important is covered:

Is Lemonade actually “powered by AI”?

According to Lemonade, “AI” is used to evaluate claims as follows:

It is unclear how sophisticated Lemonade’s AI actually is, but when it works in your favor, it’s handy to be able to claim and be approved immediately. It’s also very easy to submit a claim.

How much does Lemonade actually donate to animal welfare organizations?

Lemonade lists this on their pet insurance page:

Also, keep in mind the following:

What are the alternatives to Lemonade pet insurance?

As mentioned, pet insurance is a very new space. I’ve identified the following main companies that offer it so far:

Healthy Paws vs Lemonade: Healthy Paws is one of the pioneers of pet insurance, is 100% dedicated to pet insurance and has been around since 2009. Their coverage is similar to Lemonade’s, and they also give away a significant portion of revenue to animal shelters. I would consider them to be the main competitor to Lemonade’s pet insurance. The main difference between the two will be cost, so get a quote from the Healthy Paws website (healthypawspetinsurance.com) and see how it compares with Lemonade’s. In our testing, we found that Healthy Paws was usually significantly more expensive than Lemonade. If Lemonade’s quote is cheaper I recommend going with Lemonade.

Embrace vs Lemonade: Embrace is unique to Healthy Paws and Lemonade in that they offer wellness rewards where you’ll get reimbursed for routine care like grooming and nail trimming (Lemonade does not cover things not related to unexpected illness). If that’s important to you, definitely consider Embrace. It also has good customer reviews. But like Healthy Paws, their pricing seems to be higher overall than Lemonade.

PetPlan vs Lemonade: PetPlan covers dental, unlike Lemonade, along with virtual vet visits and boarding fees. Worth considering if you anticipate dental issues.

We have done a fair bit of digging into Lemonade and they are definitely a legitimate and highly reputable insurance company, and it looks to us like that their pet insurance is better value than the competition. However, as their pet insurance is such a new offering, it’s still too early for us to offer a definitive verdict on it, since we haven’t been able to use it for long enough or have enough user comments and reviews on it (as mentioned, if you are a customer of Lemonade’s pet insurance, let us know what you think of it). We hope to have compiled a decent number of customer reviews for it by the end of this year.