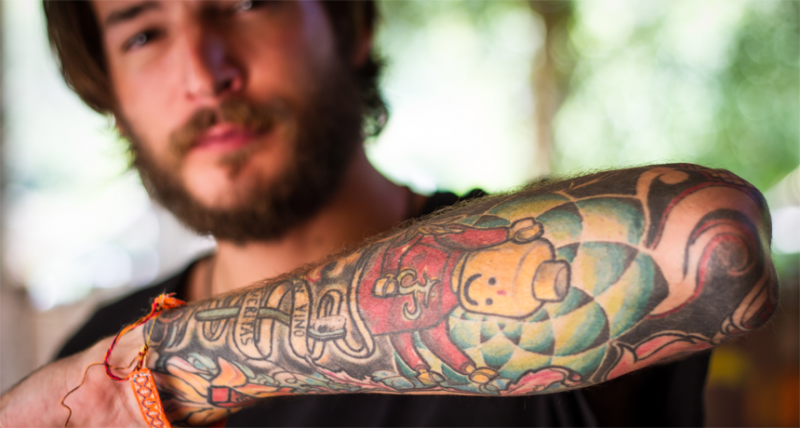 These days there’s all kinds of opposition to getting a tattoo: you’ll regret it when you’re older, it’s trashy, people will look down on you, there may be health risks, it’s a waste of money etc etc. – those are the common things I’d hear in middle/upper-class Australia whenever the subject of tattoos came up, and I’d expect much of the US has a similar attitude.

But for all that negativity, there are still loads of people who got tattoos and are glad to have done so, even decades later.

As such, I’d like to publish a piece on the benefits of tattoos and the various reasons people like them, in the hope of (at least partly) counterbalancing all the negative arguments against tattoos. To do that, I’ll be collecting comments from as many different people as possible on why they got a tattoo and have no regrets about it.

Here’s the query I put out on some of the journalism sites and forums I belong to:

Many people look negatively upon tattoo’s, and we’d like to help change that. For people who have got tattoo’s and are glad they did, what do you like about your tattoo(s) and how would you respond to people who oppose tattoo’s? Any comments welcome.

In addition, I reached out to a few tattoo bloggers and am also still in the process of getting input from all kinds of people. As new comments come in, I’ll add them below. If you have a tattoo yourself and have something to say about it, please make a submission.