Driver Genius is a tool primarily for driver management (backup, restoring, cleaning up and updating drivers), but it also doubles as a general system optimization tool that may be able to speed up your PC if it’s bogged down too much. In this review, I’ll try the software out and give my honest take on it.

After installing Driver Genius from the official site at driver-soft.com (a simple process) and opening the software for the first time, you’ll see a home screen like this: 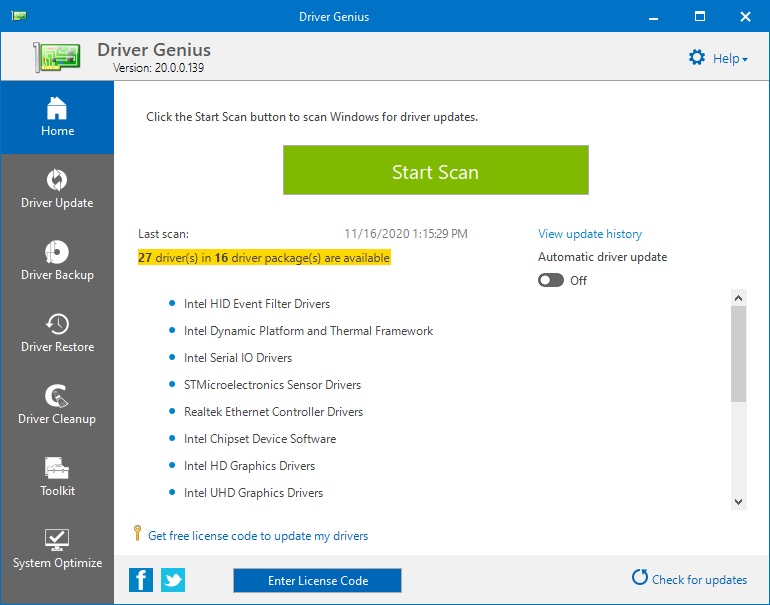 On the left-hand side of the screen, you can see the primary features of Driver Genius: Driver Update, Driver Backup, Driver Restore, Driver Cleanup, Toolkit and System Optimize. I’ll go over each of these below. 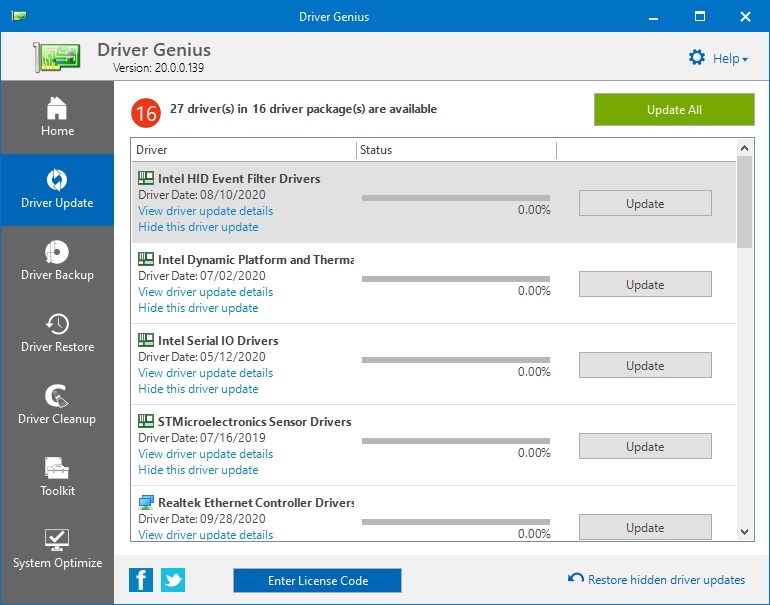 The second you click on “Driver Update” in the left-hand menu, Driver Genius will do a scan of your drivers and tell you which one’s it thinks are out of date. On my laptop, this was done super fast — within 20 seconds I’d got the result you see above. As I’ve kept my laptop fairly clean and it’s only a few months old, there wasn’t too much that was found here (mostly Intel driver updates). 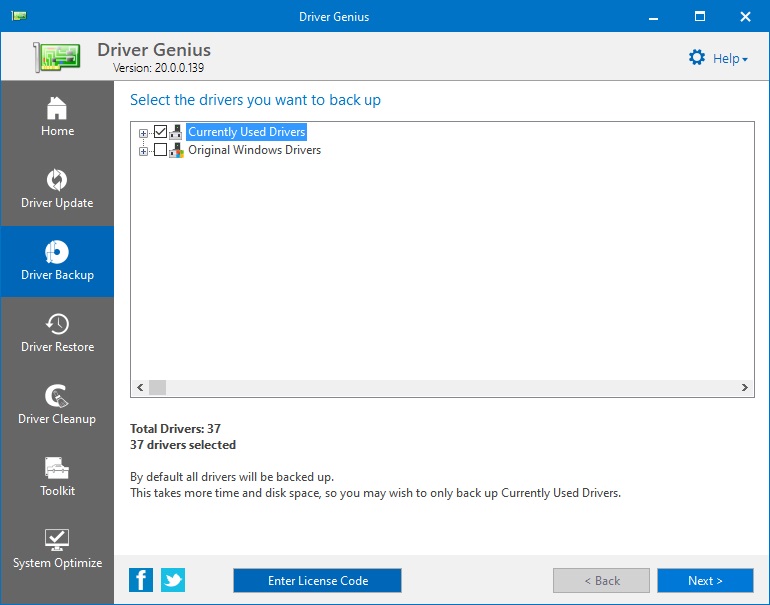 Like the Driver Update feature, this starts running as soon as you click it and finishes very quickly. You can see drivers are separated into Currently Used Drivers and Original Windows Drivers, and you can click the dropdown to select drivers for different hardware. Then you can choose where to backup your current drivers. Very simple. 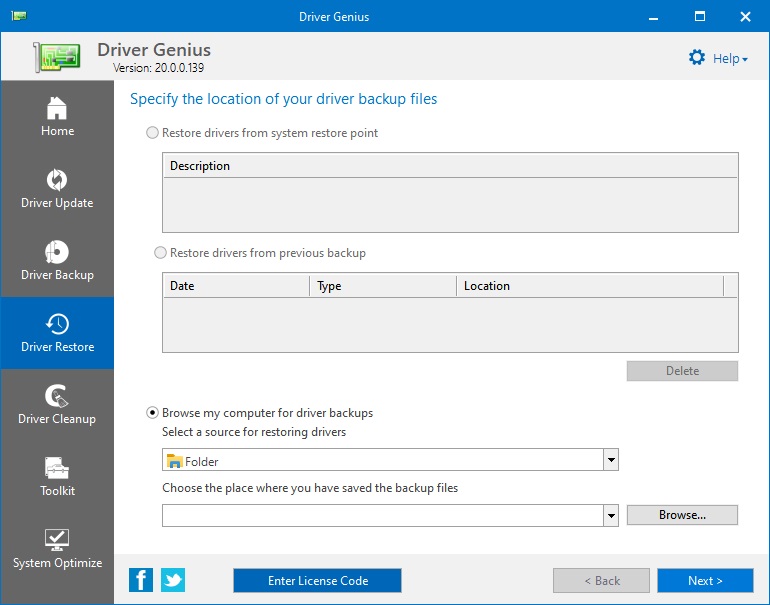 If you’ve backed up drivers with Driver Genius, use this to restore them. 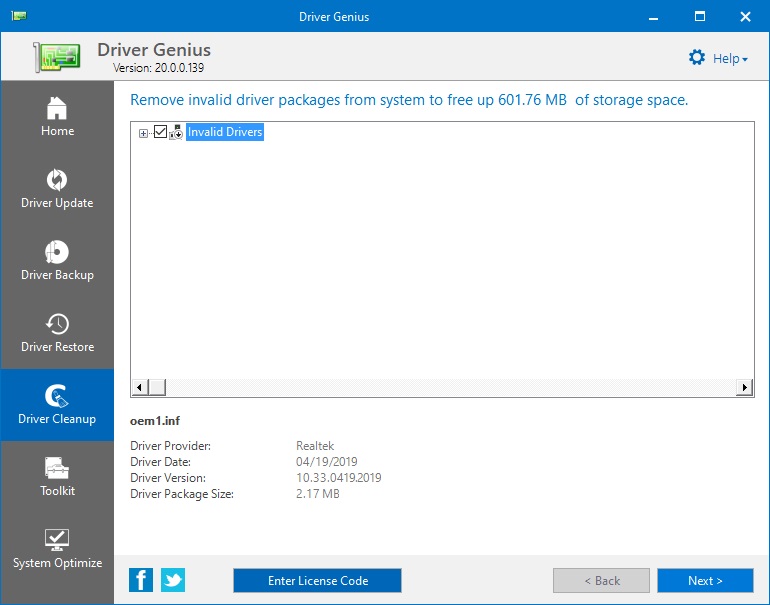 This identifies old drivers that are not being used and gives you the option to remove them. As shown in the screenshot above, Driver Genius will give you an estimate of how much space you’ll save. 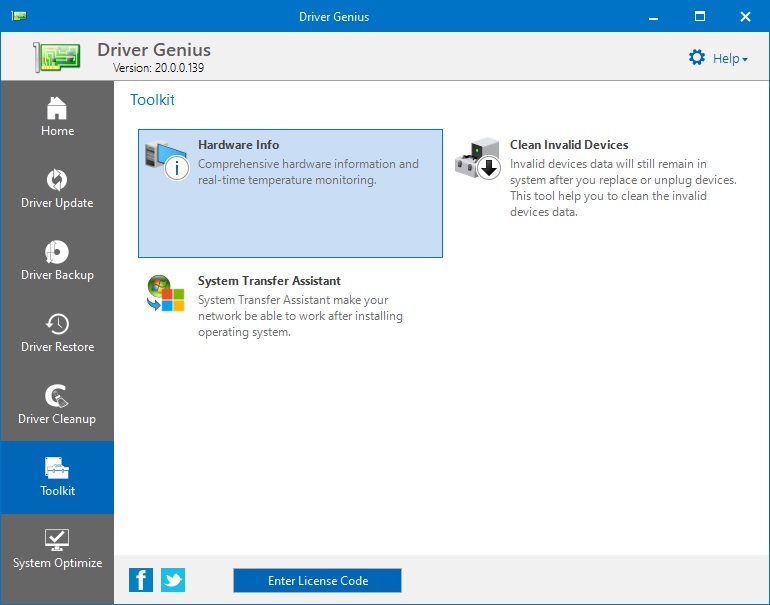 A couple of fairly good tools are here (though there’s nothing you can’t do for free with other tools). For example, Hardware Info shows you full details about the hardware in your machine: 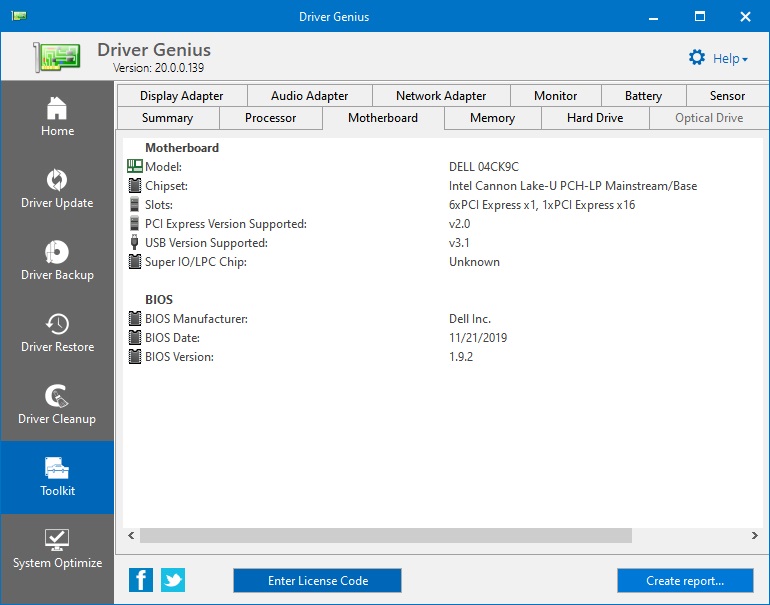 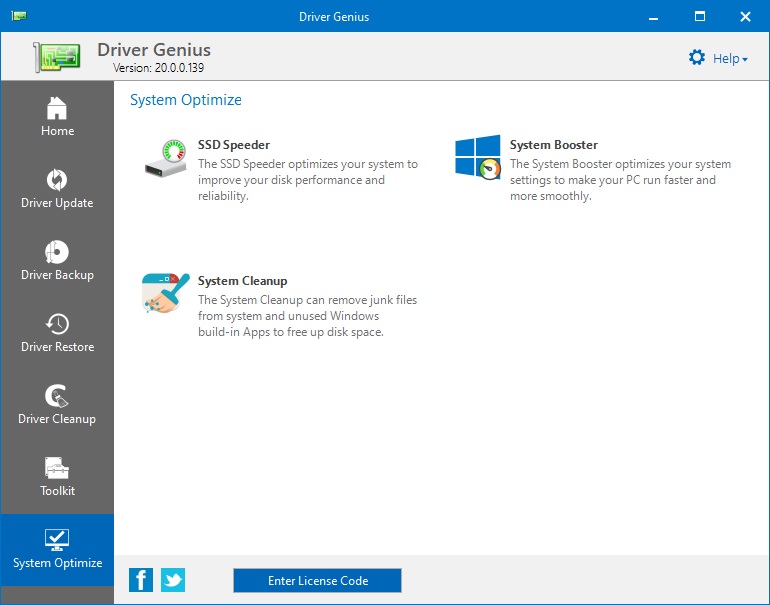 These system optimization tools may be very helpful to you if you have an old machine. Some screenshots of the SSD Speeder, System Cleanup and System Booster: 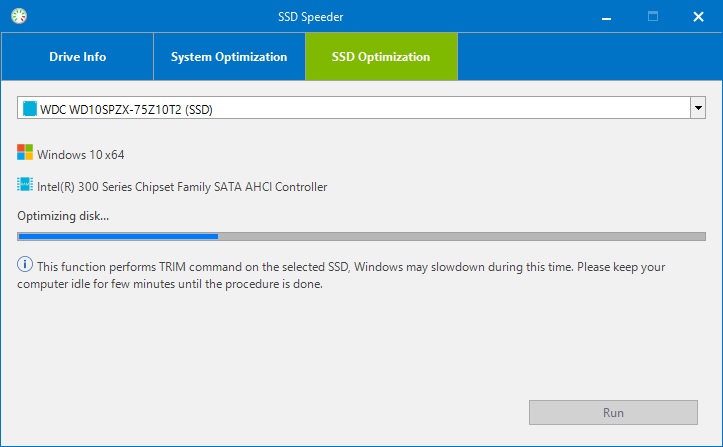 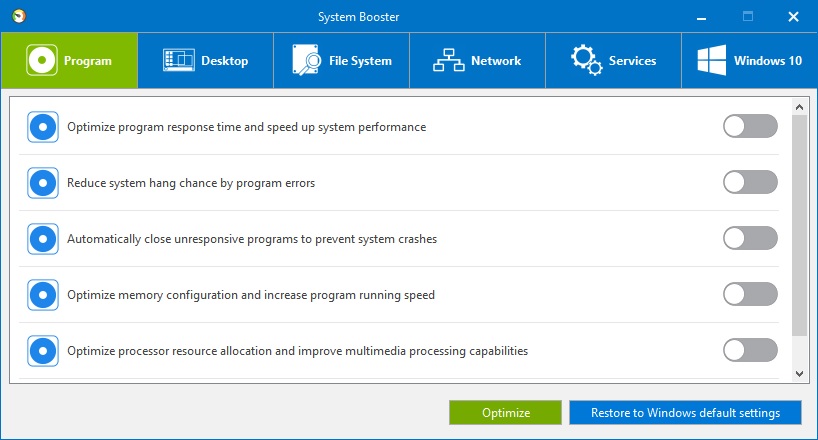 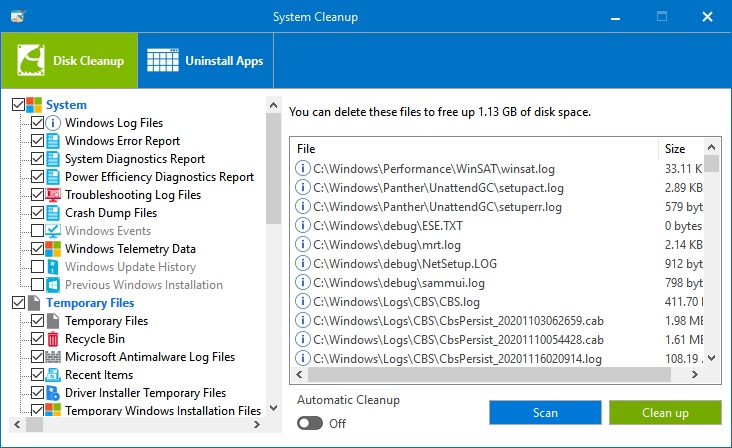 The difference between Professional and Platinum versions of Driver Genius is that with the Platinum version you also get the System Booster and System Cleanup features, as shown above. If you’re only looking for driver management software and nothing else, therefore, you can just get the professional version. This very affordable at a normal price of $29.95, and at the time of writing, there’s even a discount to $22.95 (though that’s only for a 1 year license, not for lifetime use).

20 refers to the version number. Driver Genius has been around for many years (I believe the original version was launched way back in 2002) and is often updated, so they’re up to the 20th version at the time of writing (late 2020). The particular version I tested is 20.0.0.139.

Driver Genius is not hugely popular software and far from the biggest in its category, but it’s certainly a very well established product with a good presence. I do not have total download numbers for it, but I’d estimate it’s been downloaded well over 1 million times across the official website and other platforms (its downloads on CNET are over 500,000).

Does Driver Genius work on Mac?

What are the alternatives to Driver Genius?

Driver Genius vs Driver Easy: Similar to Driver Genius and priced the same, except without Driver Genius’ additional features for potentially cleaning up your PC and making it faster.

Driver Genius vs SlimDrivers: Also a reputable piece of software, though like Driver Easy, it lacks some of the cleanup features of Driver Genius.

Do I recommend Driver Genius?

Driver Genius is solid software, but it’s not without significant and larger competition. I recommend getting the Platinum version of it if you’re looking for both a driver management software and some useful tools for cleaning up your PC. Otherwise, other driver software may be more suitable for you, such as for example Driver Booster if you’re a gamer.